Joe Santoro: Is Musselman the best coach in college basketball? 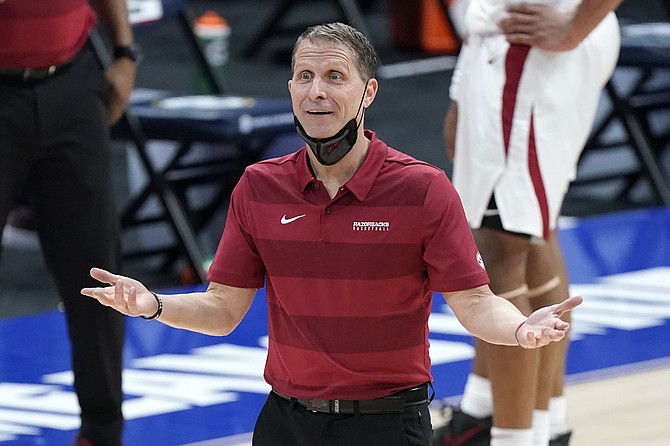 Arkansas head coach Eric Musselman reacts to a call in the second half of an NCAA college basketball game against Missouri in the Southeastern Conference Tournament Friday, March 12, 2021, in Nashville, Tenn. (AP Photo/Mark Humphrey)