Douglas seniors shine in second half 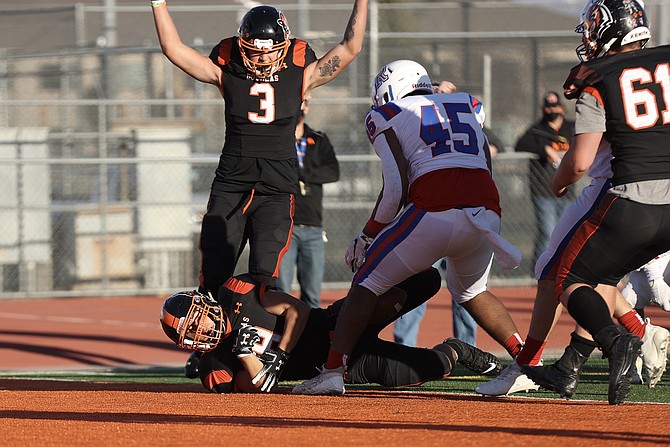 Douglas High's Cameron Swain (3) reacts to Trevor Kruger (8) crossing the goalline for the Tigers' first touchdown of the night against Reno Friday. Photo by Ron Harpin.

It’s Chris Smalley again with a 3-yard touchdown run to give Douglas a two-score lead. Trevor Kruger with some hard nosed runs to set up the score. pic.twitter.com/upZQrxrl4A