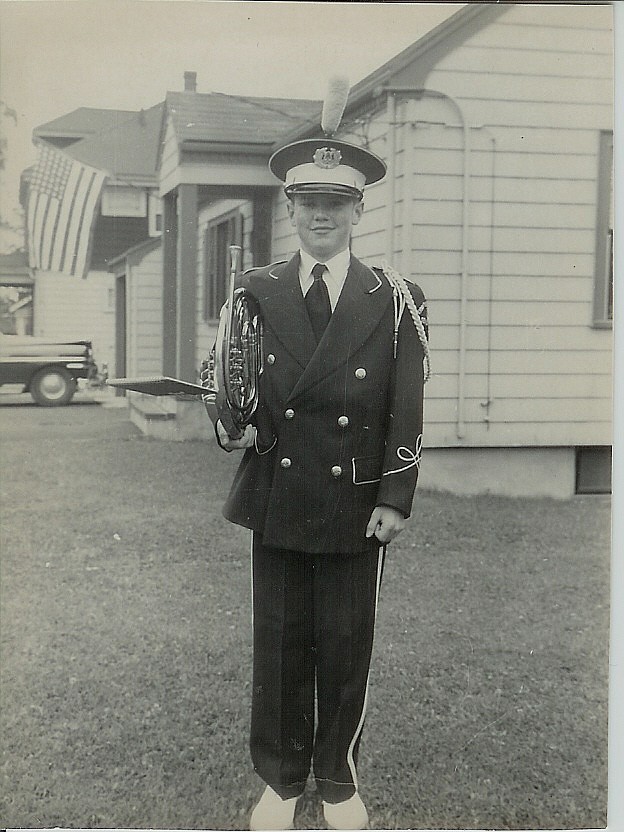 Lynn Public Schools Marching Band French Horn player, Ken Beaton, before the 1953 Memorial Day parade. Where were you in 1953 when cars had fins?