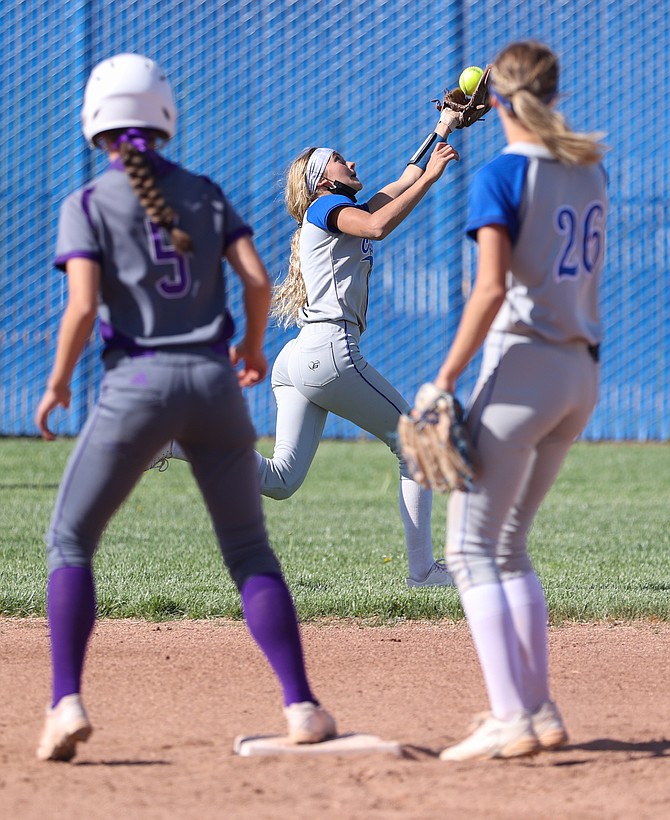 Carson High’s Kedre Luschar reaches out to make a catch against Spanish Springs Thursday. Luschar had a triple in the loss to the Cougars. Jeff Mulvihill, Jr. | InstaImage