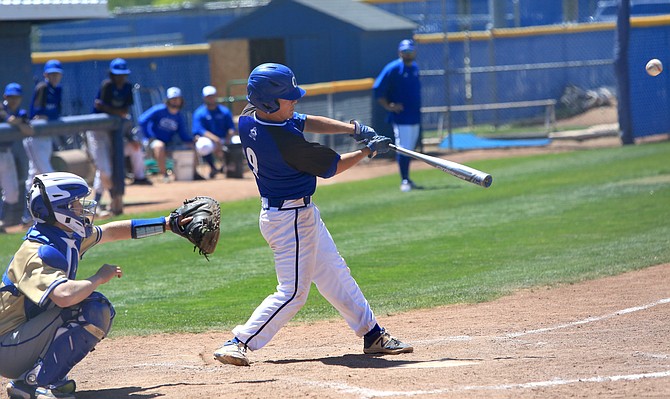 Carson High's Kobe Morgan hits a walk-off winner Saturday afternoon in the first of two games against Reed. Ryan Marquart had another walk-off hit for Carson in game two. Photo by Carter Eckl.