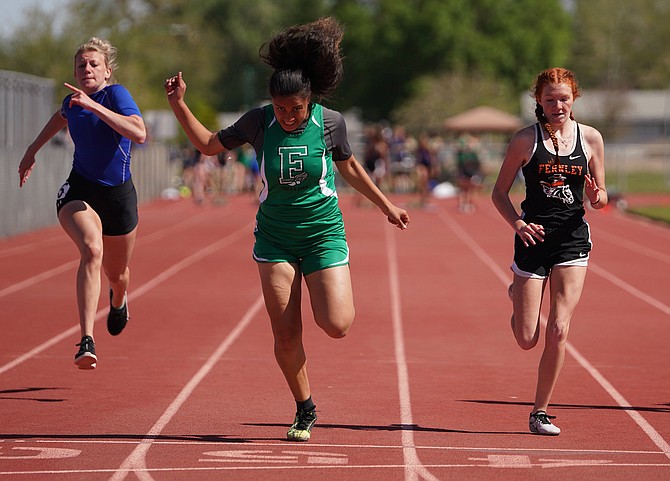 Fallon senior Aisha Sharron ranks in the top 10 in several categories, including the triple jump where she’s No. 1. Fallon hosts the Northern 3A region meet on Friday.
Photo by Thomas Ranson.