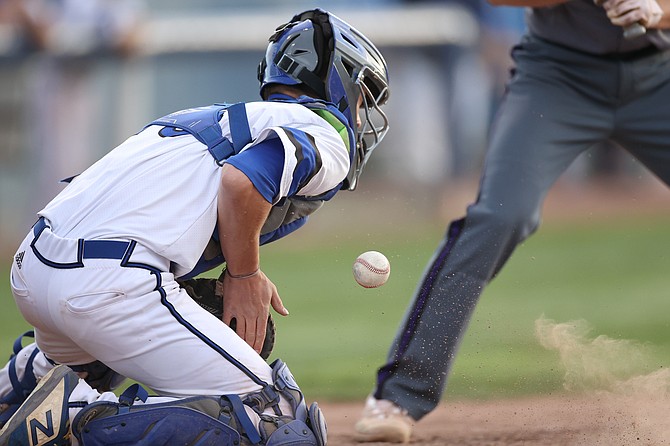 Carson High catcher Bryce Baker blocks a ball behind the plate during a game against Spanish Springs in early May. Baker was named the Class 5A Defensive Player of the Year for his efforts behind the plate, where he had become a mainstay for Carson.
Jeff Mulvihill, Jr. | InstaImage