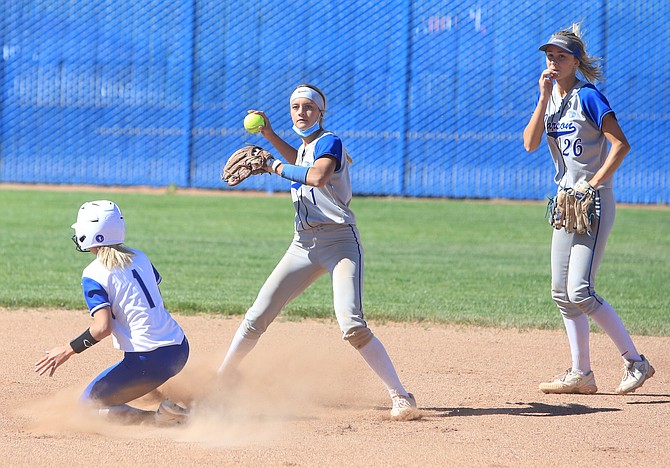 Carson High’s Kedre Luschar (1) looks to turn a double play against McQueen during regional play this spring. Luschar, who was named Offensive Player of the Year in Class 5A, recorded the first out at second off an assist from Shannen von Duering (26), who was awarded a second-team slot on the all region teams.
Photo by Carter Eckl.