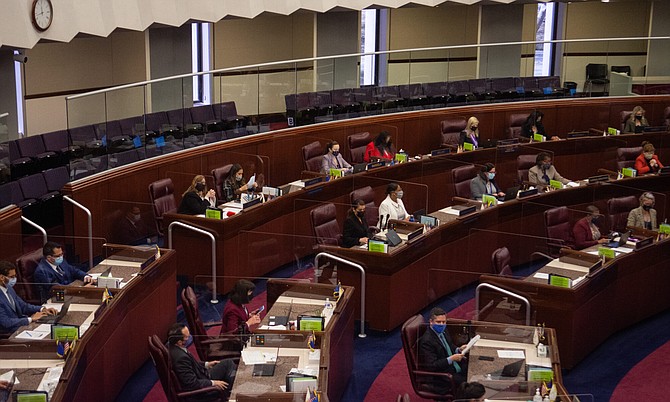 Members of the Assembly during the floor session inside the Legislature on Tuesday, March 9, 2021 in Carson City.
Photo: David Calvert / The Nevada Independent