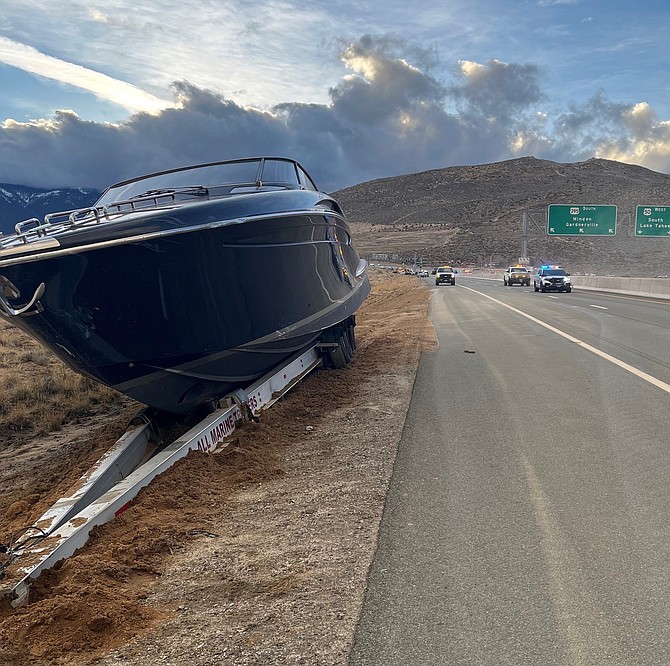 A boat that was being towed down Highway 50 continued hundreds of yards down the Interstate after a collision knocked it loose. NHP photo