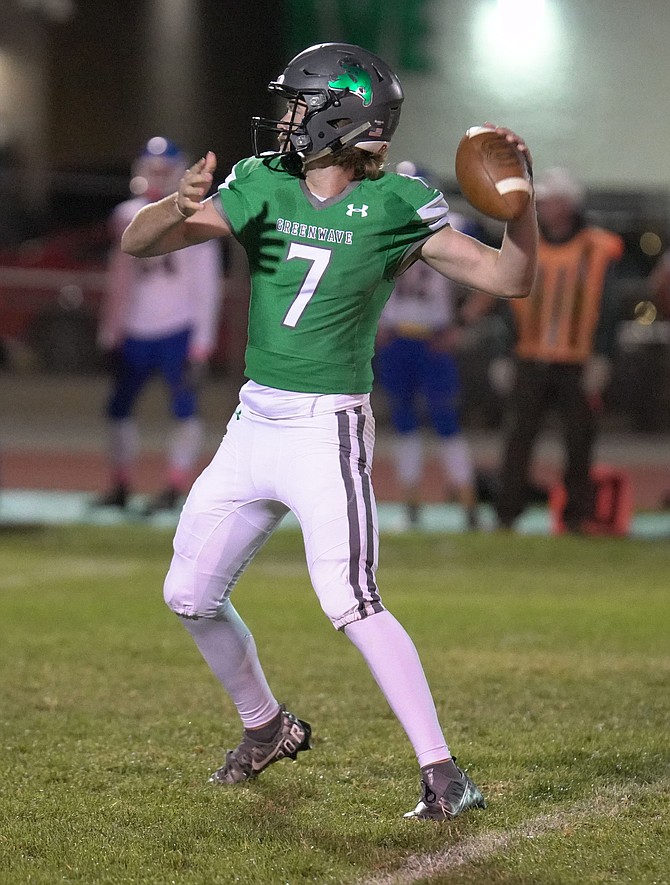 Fallon senior quarterback Keaton Williams was named by the coaches the region’s Offensive Player of the Year after leading the Northern 3A in passing.
Photo by Thomas Ranson.