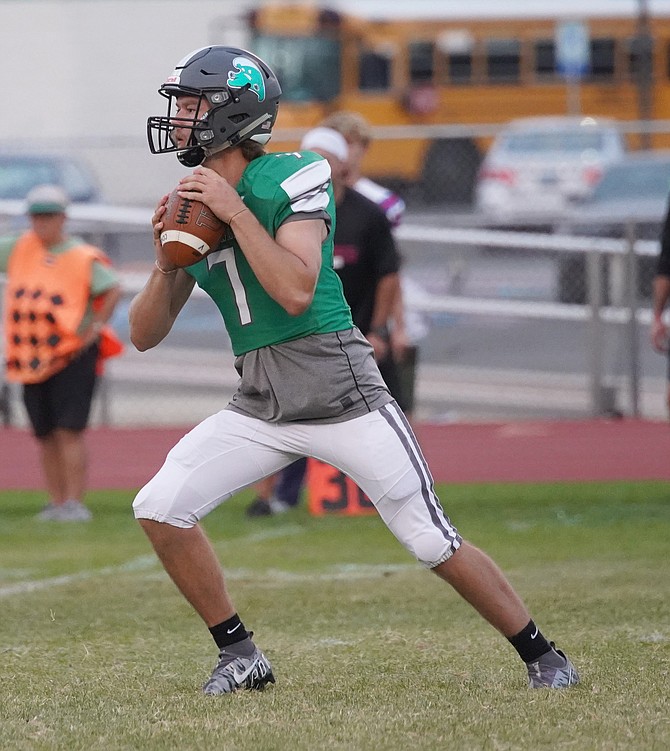 Fallon quarterback Keaton Williams led Fallon with 124 passing yards, including a deep strike in the second half, in Fallon’s 28-14 win against Spring Creek on Saturday.