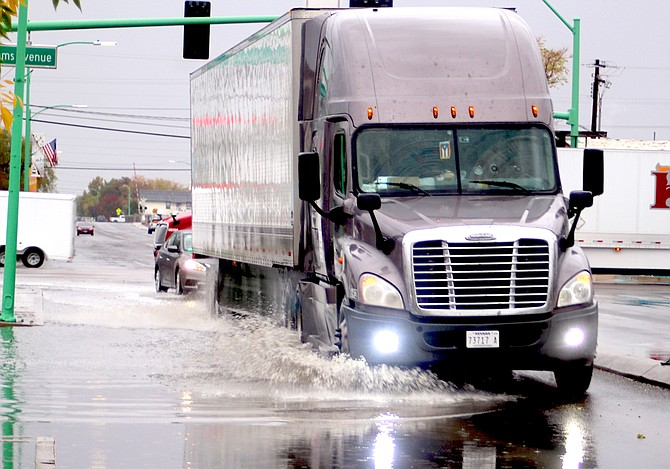 Water from Friday’s rainstorm pooled up along curbs throughout certain parts of Fallon.
Photo by Steve Ranson. 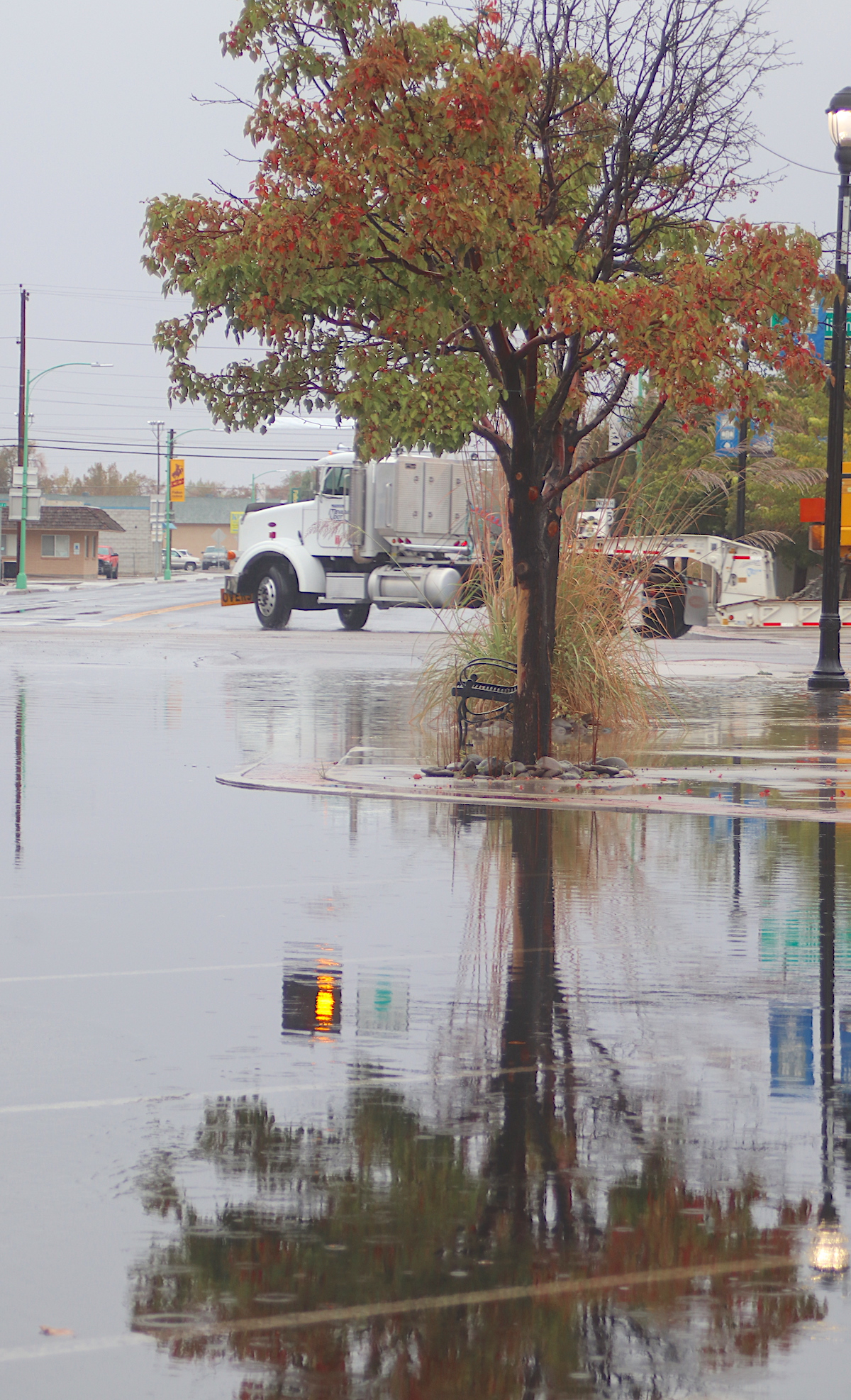