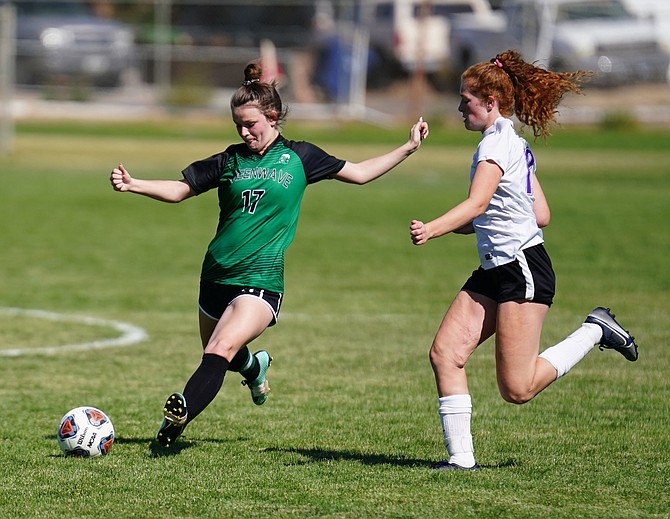 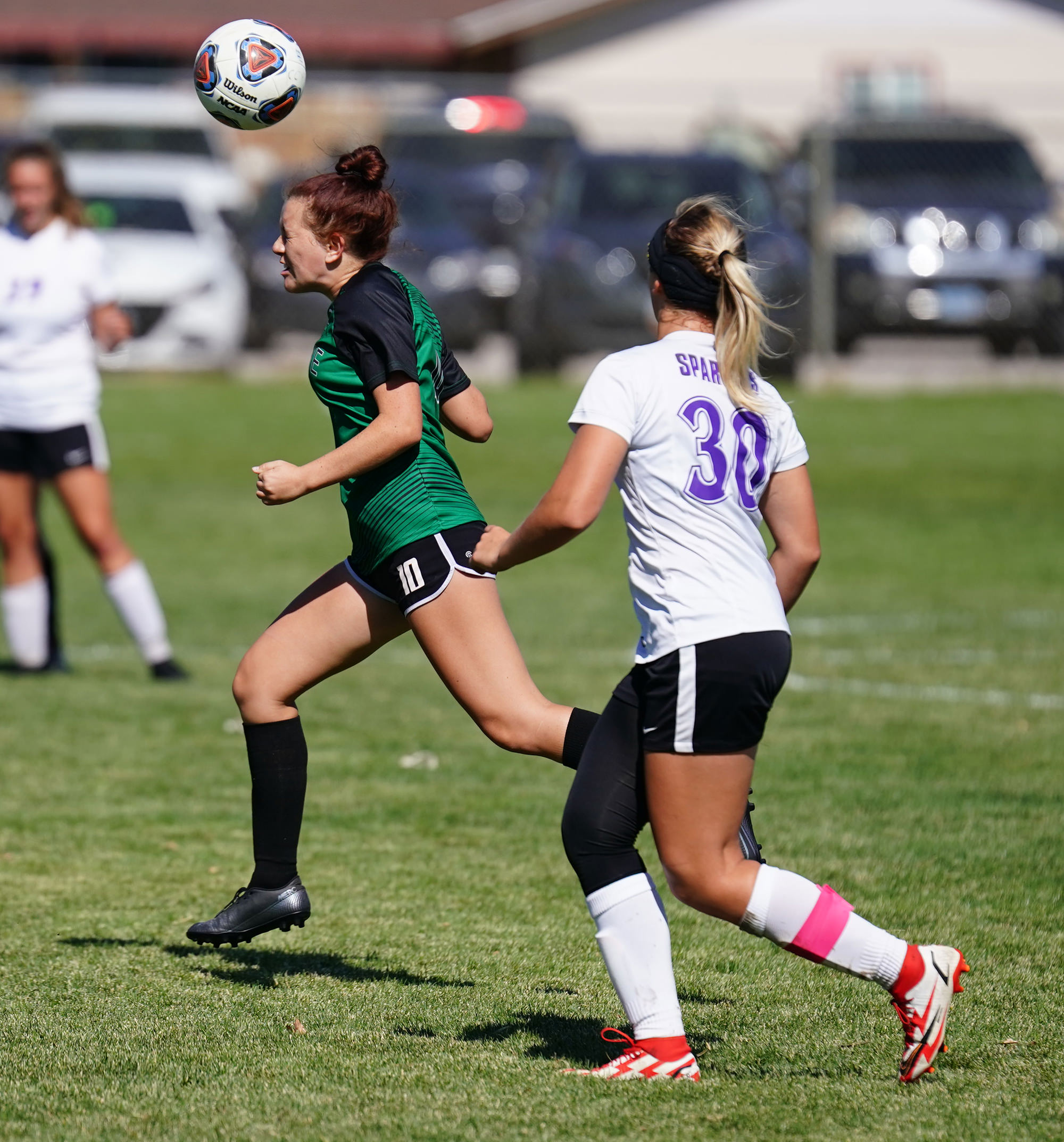 Thomas Ranson / LVN
Fallon’s Zoey Jarrett heads the ball in the first half against Spring Creek on Saturday.