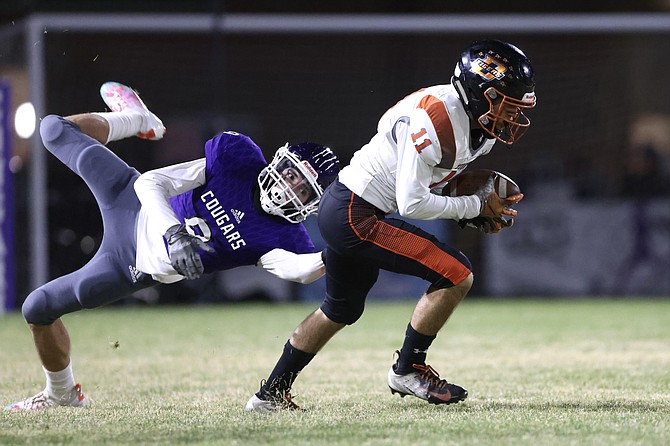 Mason Anscott (11) breaks a tackle and runs for a first down against Spanish Springs Friday night.
Photo by Ron Harpin.