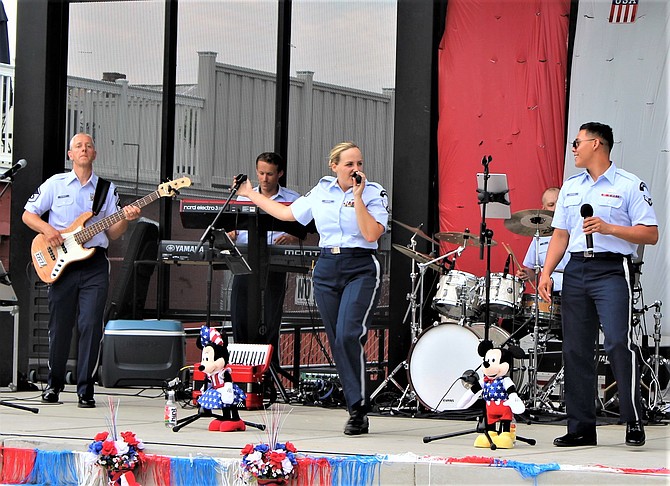 The USAF Mobility Band, part of the USAF Band of the Golden West, will perform on the McFadden Plaza Stage after the Nevada Day Parade on Saturday.