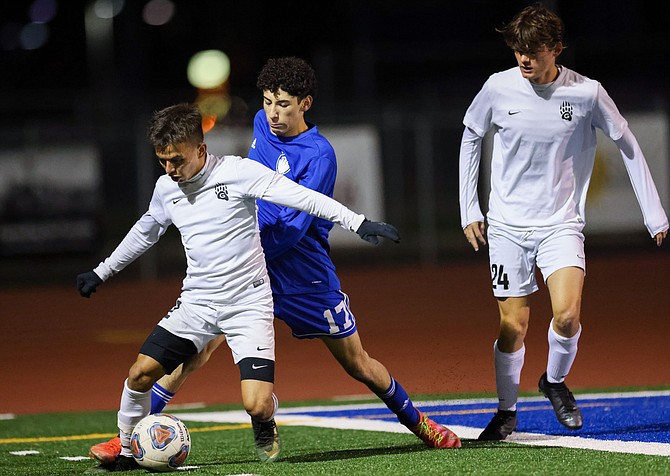 Emiliano bravo (17) attempts to get the ball back from a Galena defender Wednesday night at Carson High.
Jeff Mulvihill, Jr. | InstaImage

It’s from a ways out, but what a goal it was by Luis Carrillo. https://t.co/Mr2TR6I6Zi pic.twitter.com/j8C1eYB9dH