Tribes lose bid to block digging at lithium mine in Nevada 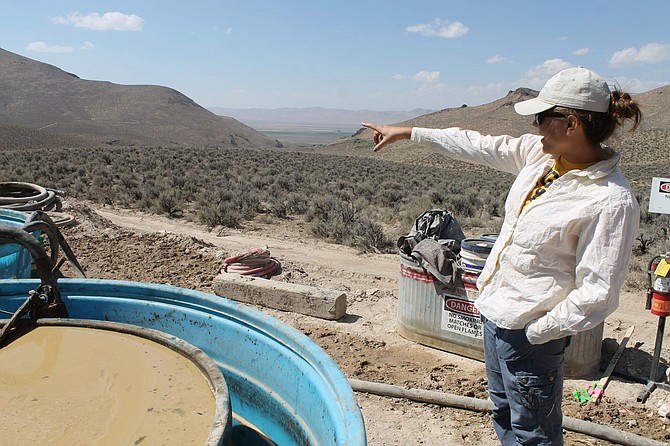 Melissa Boerst, a Lithium Nevada Corp. geologist, points to an area of future exploration from a drill site at the Thacker Pass Project in Humboldt County on Sept. 13, 2018. (Suzanne Featherston/The Daily Free Press via AP, File)