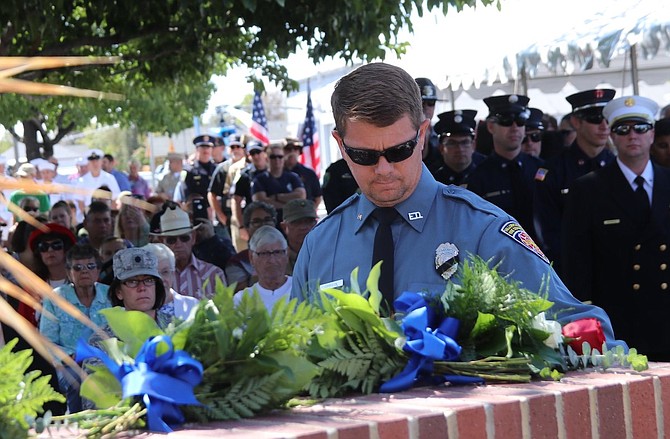 City of Fallon employee and volunteer fireman Gary Johnson places a rose at the on the city’s 9/11 Memorial in 2019.
Photo by Steve Ranson.