Carson looking to focus on finishing in season's early going 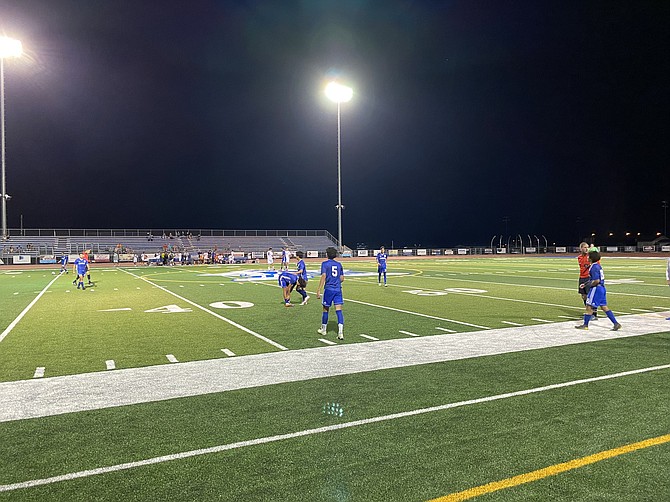 The Carson High boys soccer team celebrates after picking up its first win of the season at home Wednesday night.
Photo by Carter Eckl.