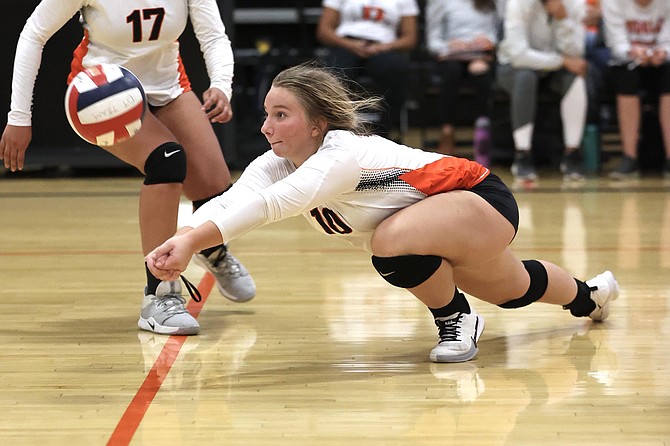 Douglas High’s Emma Glover makes a dig against Galena on Tuesday in the Tigers’ home gym. The Grizzlies beat Douglas for an early-season win.
Photo by Ron Harpin.