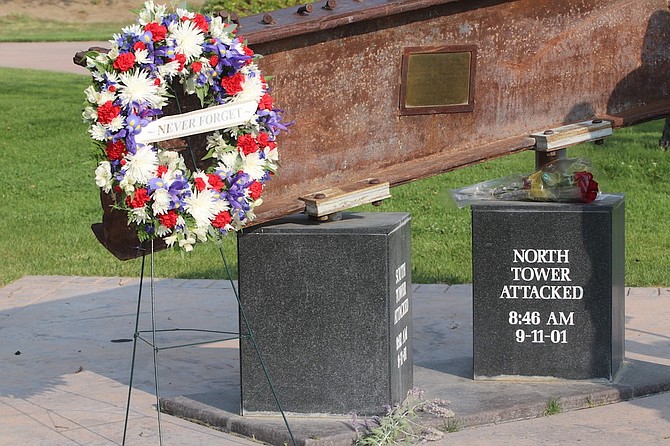 A beam made from the debris of the World Trade Center’s two towers is part of a permanent 9/11 memorial display at Mills Park. (Photo: Steve Ranson/LVN)