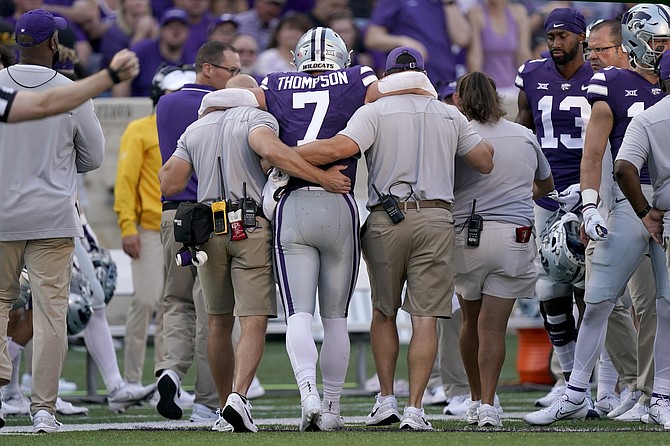 Kansas State quarterback Skylar Thompson is helped off the field after being injured Sept. 11, 2021 against Southern Illinois in Manhattan, Kan. (AP Photo/Charlie Riedel)