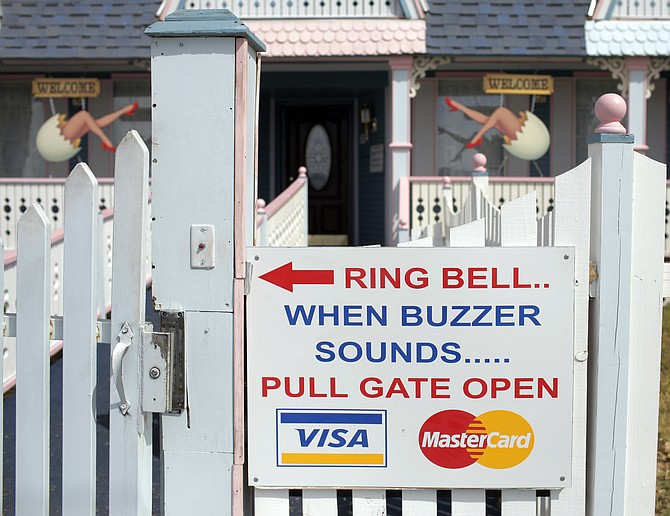 The entrance to the Chicken Ranch brothel is viewed in Pahrump on March 31, 2009. (Photo: Jae C. Hong/AP, file)