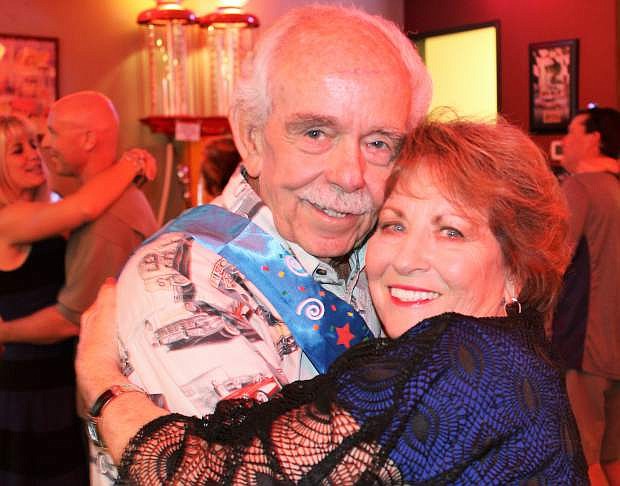 Longtime Carson City businessman and entrepreneur Garth Richards at his 80th birthday party with his wife, Joanie, in 2015.