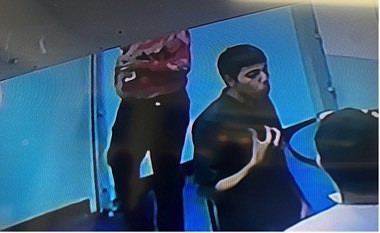 Photograph taken from video surveillance footage depicts one of the two suspects.