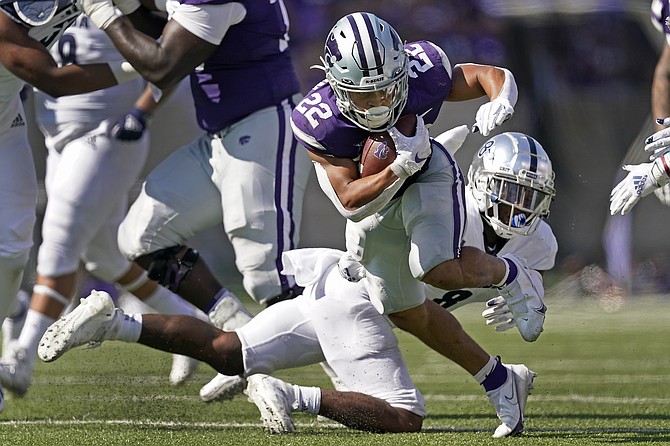 Kansas State running back Deuce Vaughn (22) gets past Nevada defensive back JoJuan Claiborne on a run during the second half of an NCAA college football game Saturday, Sept. 18, 2021, in Manhattan, Kan. (AP Photo/Charlie Riedel)