Douglas catches a couple breaks in win over McQueen 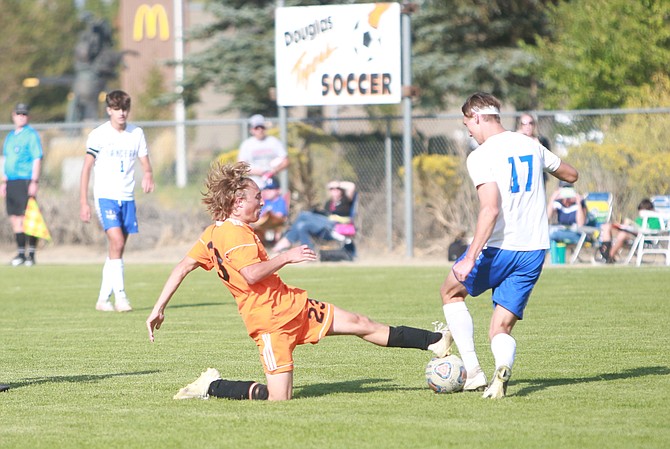 Douglas High's Bennjamin Peterson (23) slides in for a tackle on a McQueen ballhandler Thursday afternoon in the Tigers' 2-1 over the Lancers.
Photo by Carter Eckl. 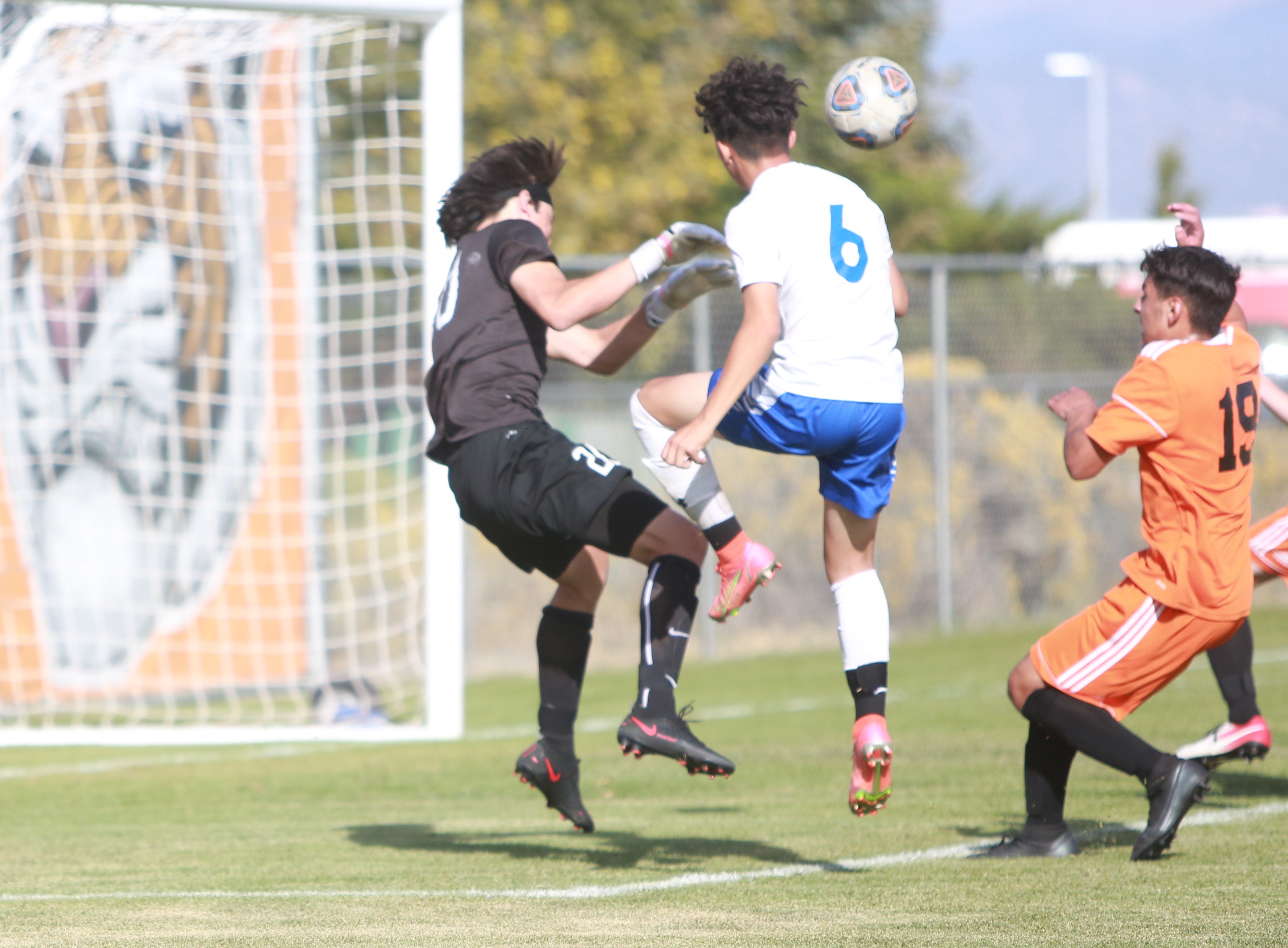