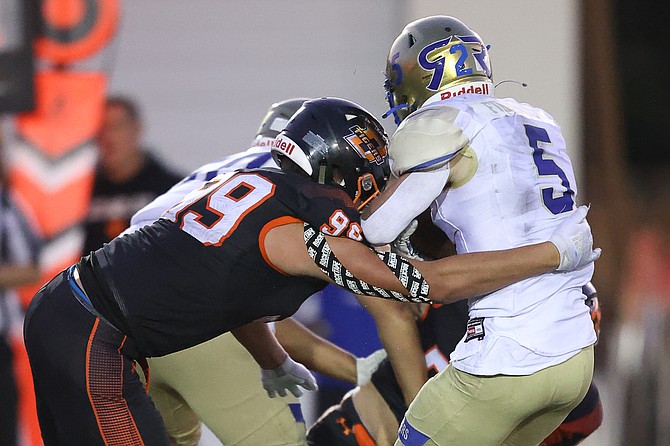 Kyle Koontz (99) of Douglas High football wraps up a Reed ball carrier last Friday. Koontz has caught the praise of his head coach for his ability to play offensive and defensive line as a sophomore.
Photo by Ron Harpin.