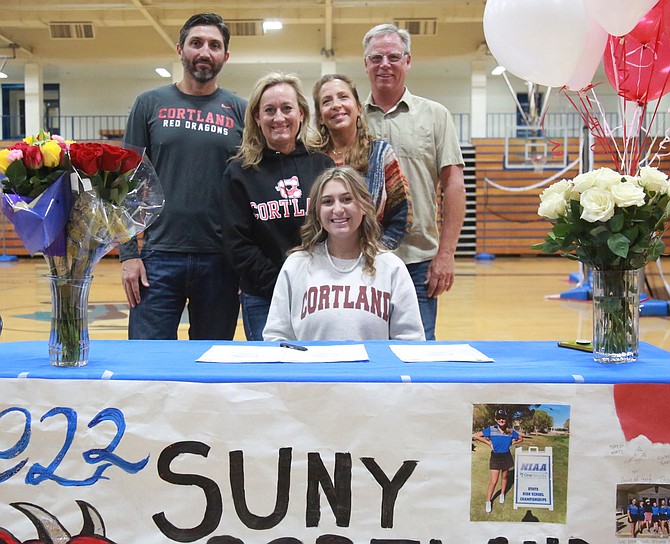 Sarah Wiggins smiles with her family after signing her National Letter of Intent to play golf at SUNY Cortland next year.
Photo by Carter Eckl.