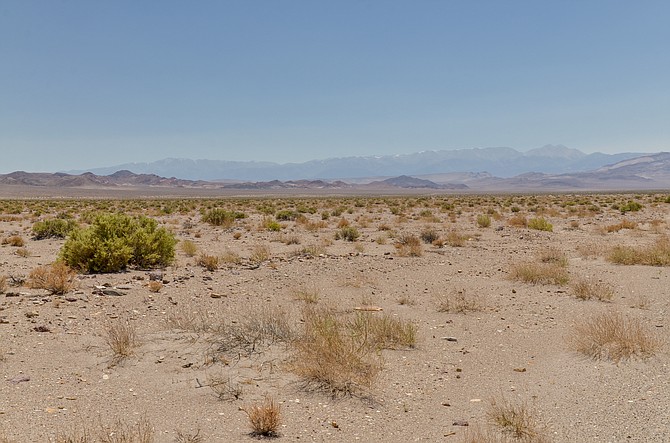 Near Coaldale in Esmeralda County with the White Mountains in the distance.
AdobeStock