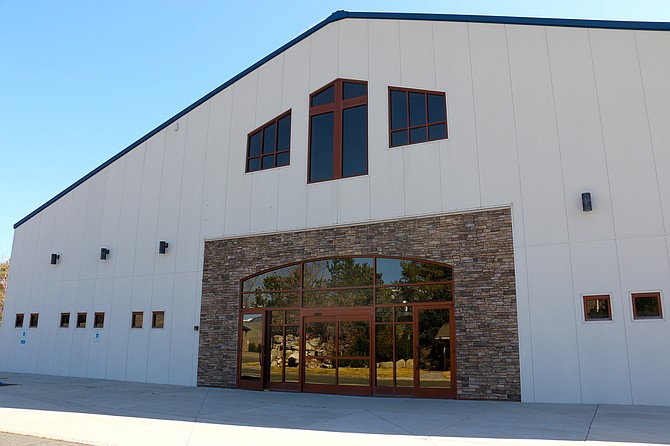 The former Capital Christian Church facility at 1600 Snyder Ave., has been leased to a church fund with plans to use the site as a Christian school for younger students and a church campus.
Jessica Garcia/Nevada Appeal

The former Capital Christian Church facility at 1600 Snyder Ave., has been leased to a church fund.
The former church property, which also operated as Redemption Church, closed in 2019 and has been vacant since. It has five buildings on 10 acres, or 43,800 square feet of land. It was previously valued at $5.5 million and eventually lowered to $4.1 million according to local appraiser Daniel Leck.
The property had been under consideration by the Carson City School District Board of Trustees for approximately three years, which included a series of community meetings and tours with board members, administrators, staff members and community members about its potential for a school site.
"We are always happy to see opportunities to grow in education, both mentally and physically,” Superintendent Richard Stokes said. “We wish the new tenants the best of luck with their new space and their new venture."