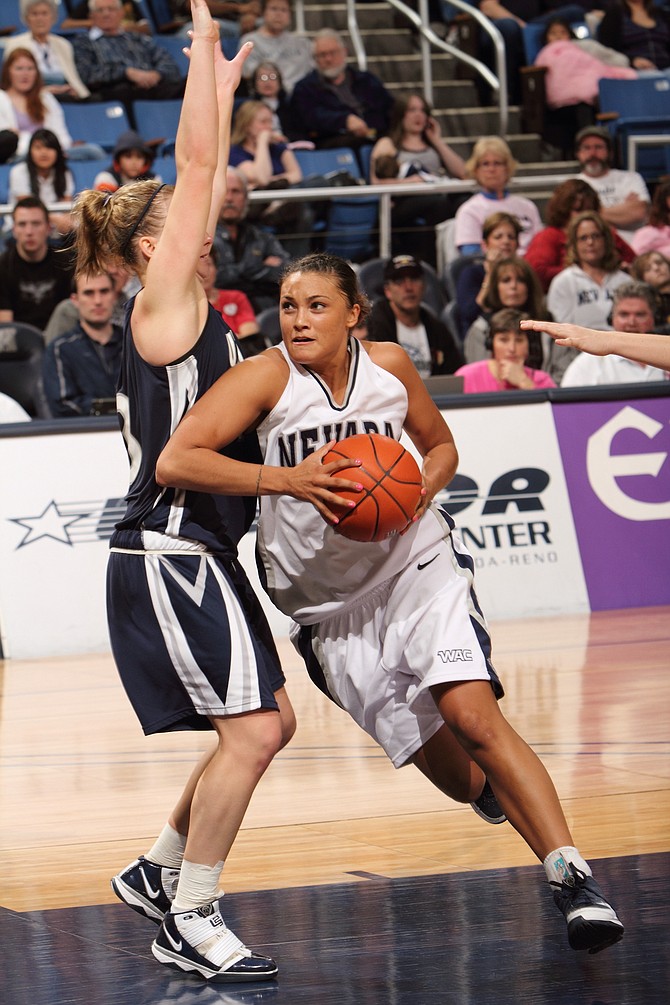 Nevada’s Tahnee Robinson during a game against Utah State in the Lawlor Events Center in 2010.
Nevada Athletics