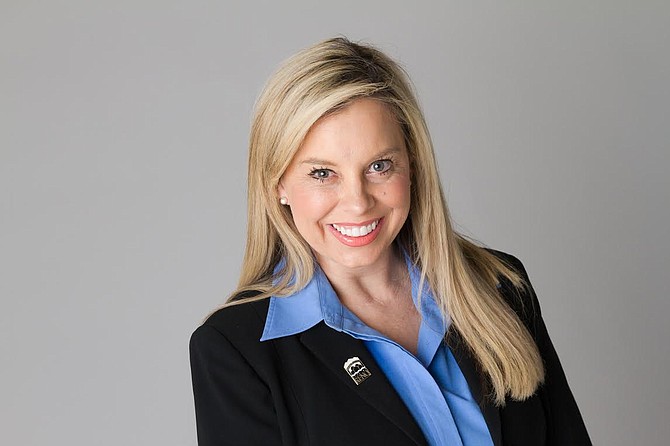 By Gabe Stern AP/Report for America

RENO – Reno mayor Hillary Schieve is suing a private investigator and his company after finding a device attached to her vehicle that was capable of tracking its real-time location.

The lawsuit, first reported by The Nevada Independent, alleges the investigator trespassed onto her property to install the device without her consent. It says Schieve was unaware until a mechanic noticed it while working on her vehicle.

The complaint says, further, that the investigator was working on behalf of an “unidentified third party” whose identity she has not been able to ascertain.

“The tracking and surveillance of Schieve caused her, as it would cause any reasonable person, significant fear and distress,” it reads.

There was no immediate response to a request for comment emailed Friday by The Associated Press to David McNeely, the investigator alleged to have placed the tracking device, and 5 Alpha Industries, the company.

Schieve, who filed the lawsuit in Washoe County's Second Judicial Court as a private citizen, was elected last month to her third term as mayor, a position she has held since 2014. She is seeking restitution for invasion of privacy, trespassing, civil conspiracy and negligence, as well as attorney's costs. She also is seeking to know who hired the investigator.

The mayor said in an interview with The Nevada Independent the mechanic found the tracking device about two weeks before the vote. She brought it to police in neighboring Sparks, and they were able to determine that it had been purchased by McNeely.

“I am publicly announcing this now, and did not make any public statements at the time when it was discovered, to make clear that this is about one thing, and one thing only: it is not ok to stalk people,” Schieve said in a statement to AP.

A spokesperson for the mayor said Schieve went to the Sparks department rather than Reno police in order to “keep clear of any conflict of interest questions.”

The complaint also alleges, without offering additional evidence, that the company “installed similar tracking devices on other vehicles of multiple other prominent community members.”