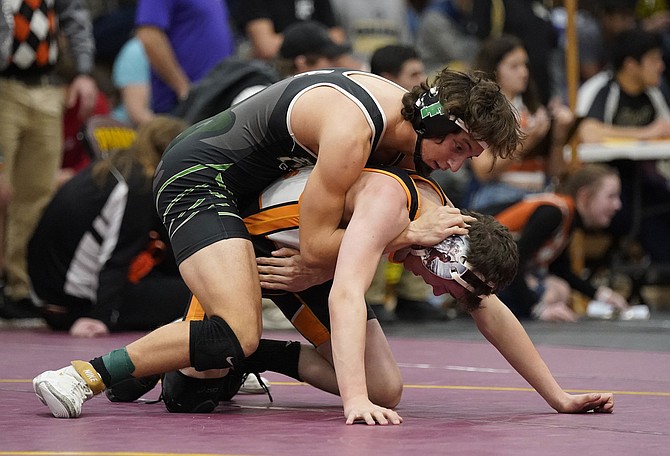 SPARKS — The Greenwave wrestling team had its best outing of the season, finishing fourth at last week’s Sparks Invitational in the Rail City.

Isiah Diaz and Everdmar Garcia each captured the championship in their weight class to lead Fallon, which heads to Spring Creek on Friday and Saturday for the Kiwanis Invitational. Lucas Prinz and Steven Moon each finished second place, Troy Shelton took third, Xavier Capton was fourth, and Jaiden McFadden and Colton Blankenship each finished fifth.

Diaz, wrestling in the 138-pound division, pinned two of his three opponents to win his weight class. He opened with a fall over Lowry’s William DeLong in the quarterfinal before a 9-4 decision over Fernley’s (Black) Braeden Garrett. Diaz pinned Lowry’s David Hunter 58 seconds into the bout.

In one of the most populated weight classes (145), Garcia needed five wins to capture the title. He pinned his first four opponents before an 8-3 decision over Reed’s Darrel Chancey in the finale. Garcia pinned Spanish Springs’ Kolby Benge, Fernley’s (Black) Lucas Jurich, Douglas’ (Black) Matthew Deaton and Lowry’s Tayden Primeuax.

Moon won his first three bouts in the 160 division, including the opening pair by fall over Reno’s Breck Worthen and Reed’s Drake Polak in the quarterfinal. Moon scored a two-point decision (11-9) over North Valleys’ Chayton Johnson in the semifinal before falling to Yerington’s Eriksen with one second left in the second period. 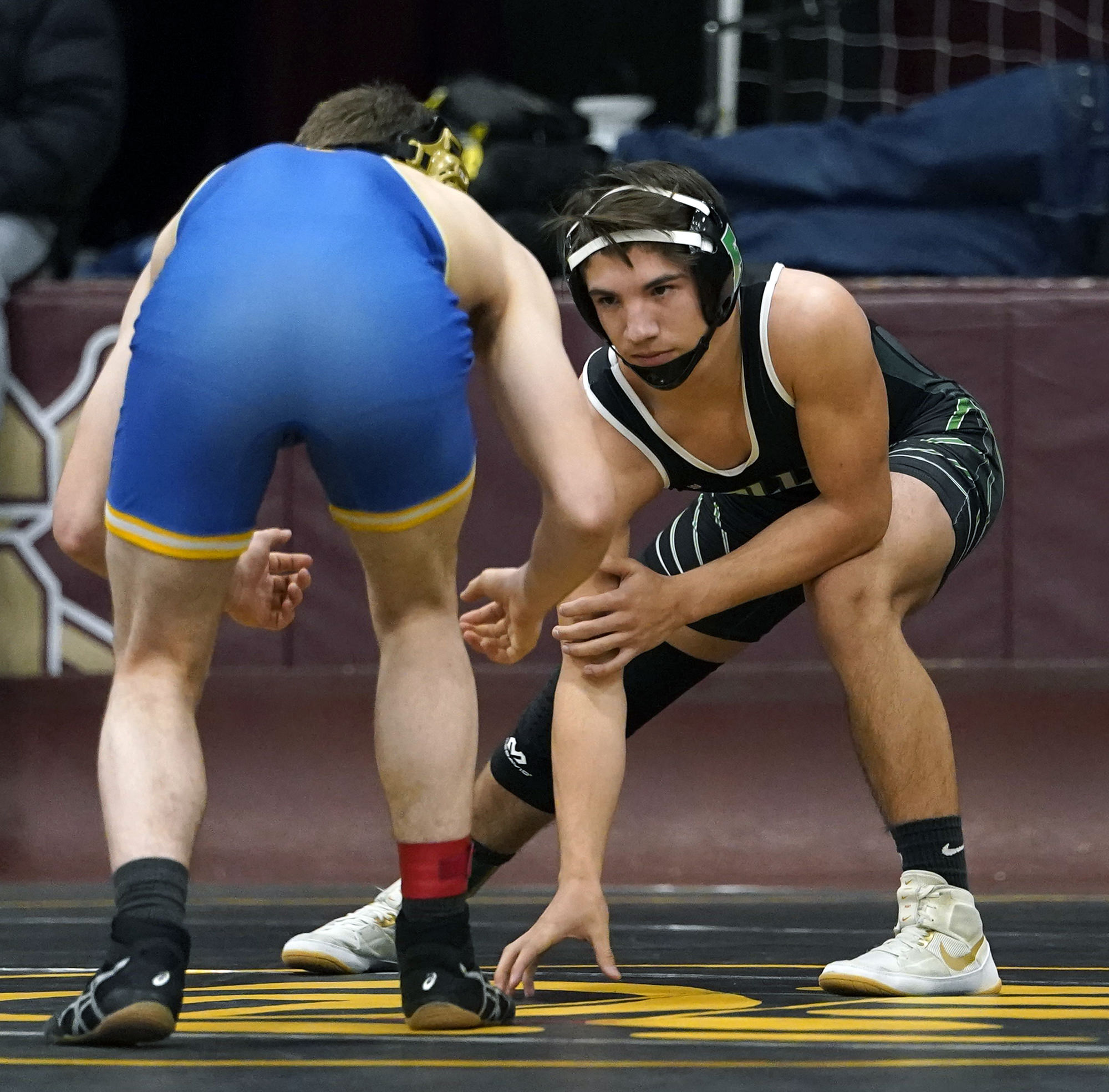 Fallon’s Isiah Diaz pinned two of his three opponents to win the 138-pound weight class of the Sparks Invitational.

Prinz (132) opened the tournament with a fall over Spanish Springs’ Brenton Donaldson 16 seconds into the second period. He followed with a pair of decisions, 6-0 over Galena’s Logan Obert and 10-7 over Spanish Springs’ Sergio Vela to set up the first-place match. Wooster’s Ian Harshbarger, though, ended Prinz’s streak with a 15-6 major decision.

Wrestling in six matches in the 152s, Shelton fell in the quarterfinals before making a run for third. Shelton pinned Spanish Springs’ Byren Folden before falling to Dayton’s Colby Brunjes in the quarterfinal. Shelton, though, pinned his last four matches to take third. He took down Pershing County’s Wyatt Hughs, North Valleys’ Ivan Ortiz, Reed’s Jericho Salla and Yerington’s Curtis Blake in the finale.

McFadden (120) dropped into the consolation bracket after the quarterfinal round but he bounced back late to finish fifth. McFadden pinned Fernley’s (Black) Ethan Henderson to open the tournament before falling to Excel Christian’s Jesse Fehr. In the consolation, McFadden won his next two by fall over Galena’s Caleb Sharron and Yerington’s Cameron Reyes but he fell to Douglas’ (Orange) Jacob Lewis in the consolation semifinal. McFadden pinned Spanish Springs’ Kadrick Lewallen in the second period.

Blankenship (195) lost his opening bout, a fall to Reed’s Johnathan in the first period, but pinned Lowry’s Logan Jonas in the next bout before falling to Wooster’s Esteban Jacinto Penuelas in the consolation semifinals. Blankenship, though, pinned Douglas’ (Orange) Raiden Barnes in the first period of the fifth-place match.