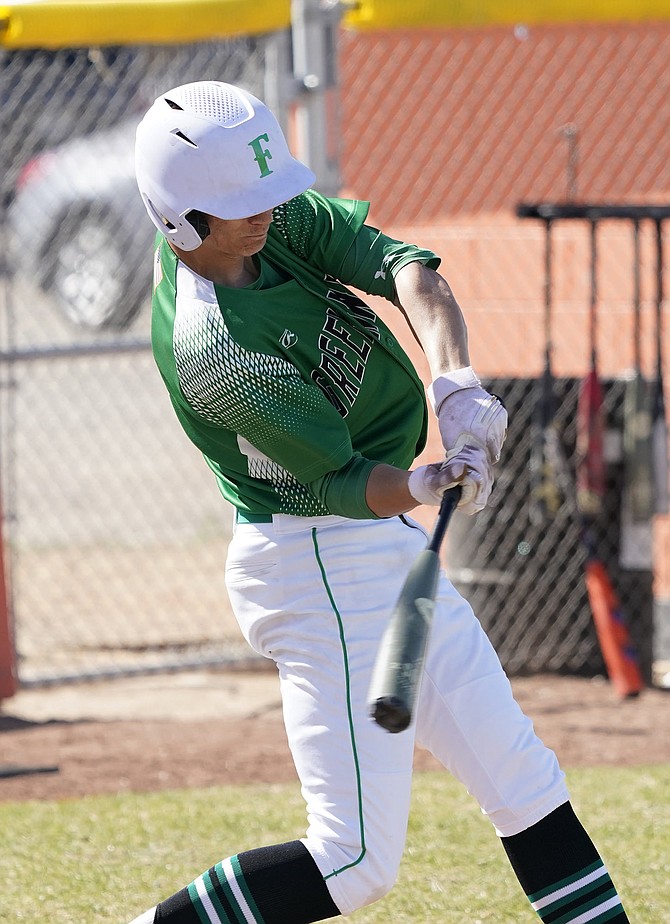 Fallon senior Tyler Austin led the team at the plate with a line-drive home run in Friday’s win over Dayton.