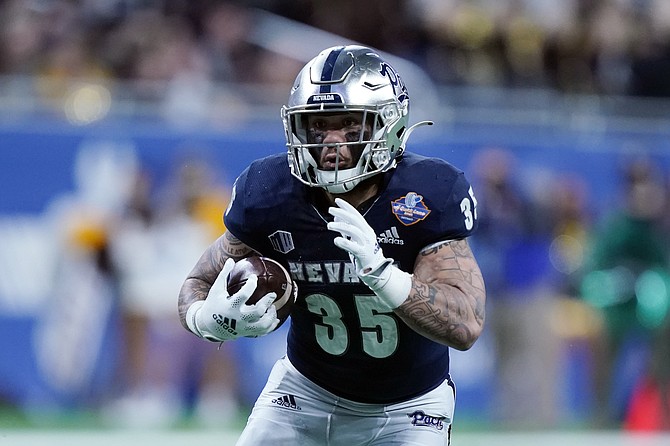 Nevada running back Toa Taua rushes during the Quick Lane Bowl against Western Michigan on Dec. 27, 2021, in Detroit.
Carlos Osorio/AP