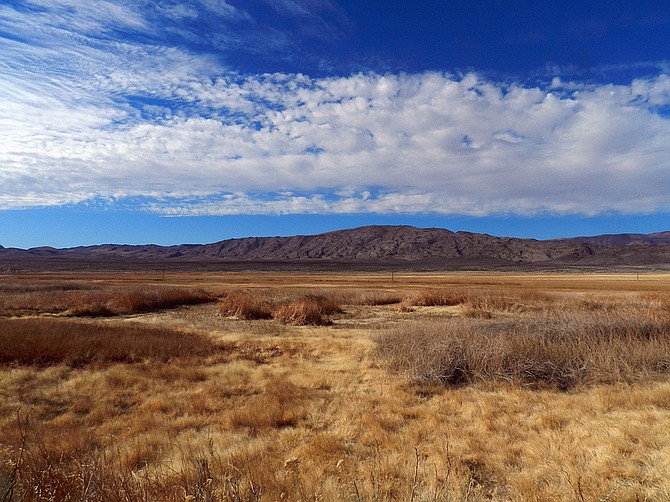 The stark desert beauty of the Pahranagat Valley in eastern Nevada, where rocks can move and governors get lost.