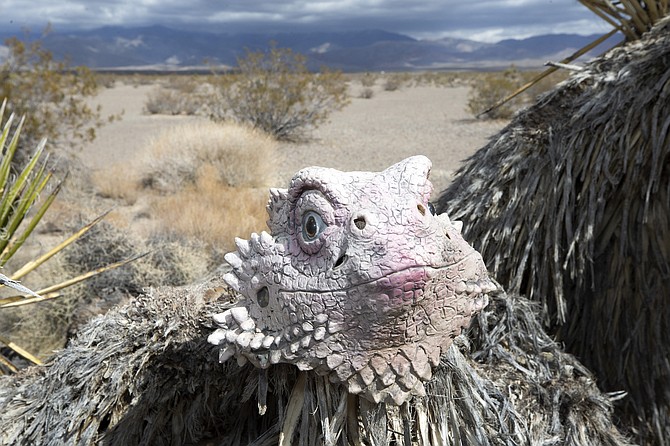 An iguana mask is shown on a Yucca plant near the Yellow Pine solar energy project east of Pahrump on Feb. 22.
Steve Marcus/Las Vegas Sun via AP