UPDATE: Lake Mead body was man who was shot 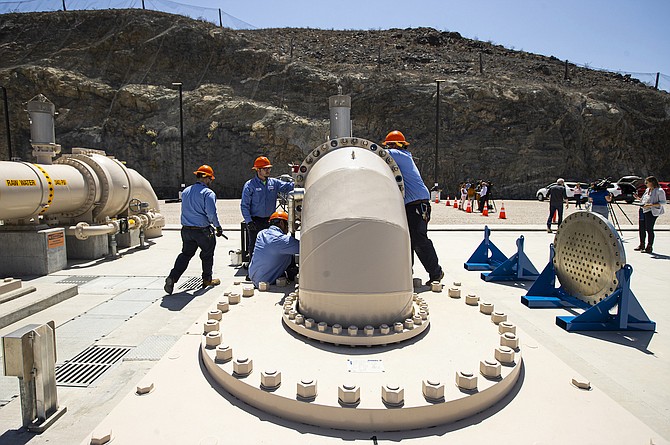 UPDATE, May 3, 11 a.m.
LAS VEGAS — Las Vegas police believe a body found inside a barrel in the newly exposed bottom of Lake Mead was that of a man who had been shot.
Homicide Lt. Ray Spencer also said Tuesday that shoes worn by the man were manufactured in the middle and late 1970s, indicating that the killing likely occurred between the middle 1970s and early 1980s, the Las Vegas Review-Journal reported.
Police previously said they thought the remains spotted Sunday in the Lake Mead National Recreational Area by boaters probably dated from the 1980s.
The Clark County coroner's office will try to determine the man's identity.