Carson will be No. 4 seed in regional tourney 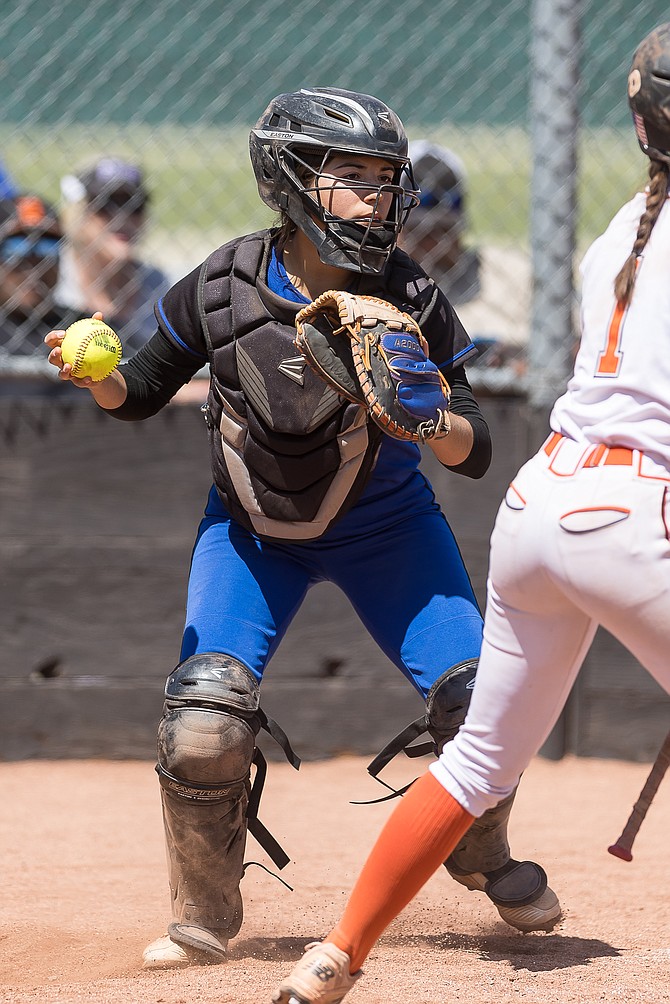 Carson High softball knew it was going to have its hands full with one of the top teams in the North Saturday at Douglas High.
The Senators couldn’t steal one from the Tigers, falling in both halves of the doubleheader by scores of 4-1 and 8-2.
Carson ends the regular season with a 16-14 record and a 9-7 clip in Class 5A North league play.
The Senators finish as the No. 4 seed in the league and will open the regional tournament against No. 5 Reed (8-8) at Bishop Manogue. Carson and Reed will tangle Thursday at 12:30 p.m. on field two.
Bishop Manogue will host the entirety of the regional softball tournament.
The winner of Thursday’s game will play the winner of No. 1 Spanish Springs and No. 8 Galena on Friday at 12:30 p.m.
The loser will fall into the consolation bracket and play Thursday at 4:30 p.m. against the loser of the Cougars and the Grizzlies.
Two losses will eliminate a team from regional play.
“We were just playing to play clean today. Play the best ball we could and carry that momentum in,” said Carson head coach Scott Vickrey. “I thought we did a pretty good job of that with a few exceptions in that second game.”

Senators fall to Tigers
In the fist game against Douglas, the Senators tallied four hits with their lone run coming in the fifth inning on a Corine Doran single to center field.
In game two, Carson picked up a pair of runs in the top of the first on a Kayce Johnston double into the left field corner. A throwing error by the Tigers brought Johnston all the way around to score on the play.
Johnston went 2-for-3 with an RBI in game two while also picking up a hit in the opener.
In the circle, Caydee Farnworth pitched well in game one with eight strikeouts and limited Douglas to five hits.
The second time seeing the Tiger lineup, Douglas was able to produce eight hits and struck out five times.
Ultimately, Carson knows it has a shot to play spoiler in the regional tournament and could certainly shake up the bracket with an upset win over any of the top three seeds.
With Spanish Springs likely in the way in the second round, Vickrey said he needs the bottom of the Senators’ lineup to get on base.
“We have to have the bottom of our lineup produce,” said Vickrey. “If that happens, we will compete with anybody.”
Vickrey added that the Senators are patching holes with the loss of senior shortstop Shannen von Duering to a knee injury. Vickrey said it was doubtful that Carson would have one of its senior leaders in the lineup throughout the regional tournament.
UP NEXT: Carson opens regional play Thursday against the Reed Raiders. The two teams split a doubleheader earlier this season in Carson as each team won by run rule.