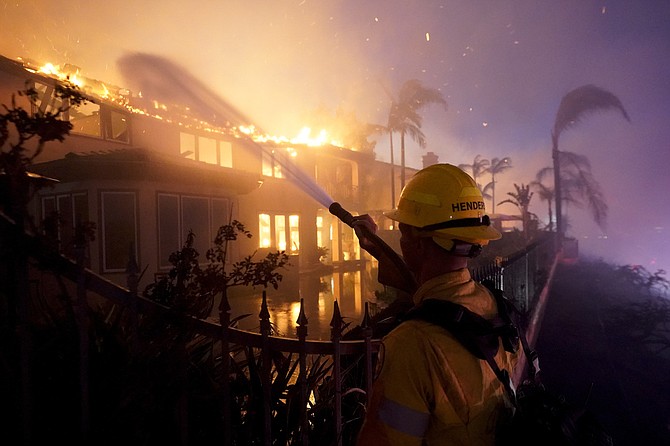 A firefighter works to put at a structure burning during a wildfire Wednesday in Laguna Niguel, Calif.
Marcio J. Sanchez/AP