Nevadans rally at Capitol in Carson City for abortion rights 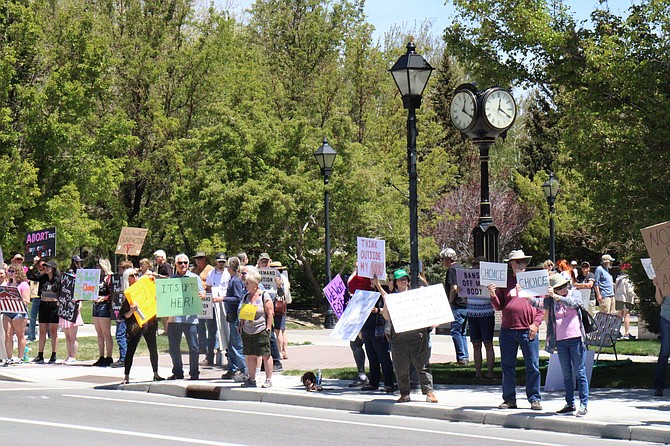 Abortions-rights protesters gathered at the Capitol on Saturday from noon to 3 p.m.
Photo by Faith Evans.