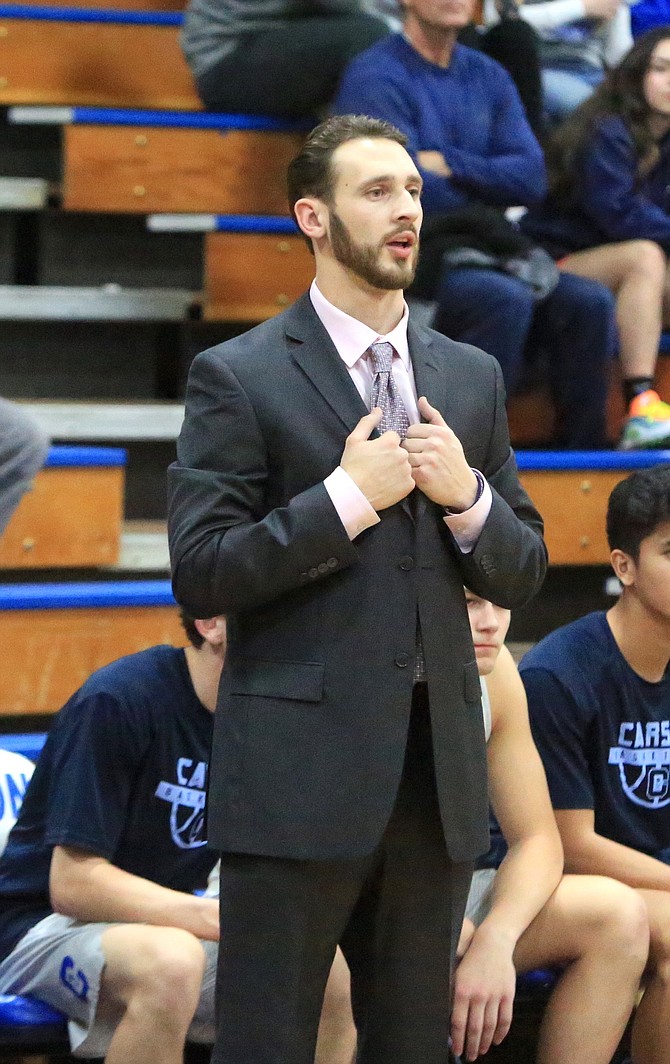 Jordan Glover looks on during a Carson High basketball game during the 2019-20 winter sports season. The Carson City School District released that Glover had resigned from the position Wednesday.
Carter Eckl/Nevada Appeal