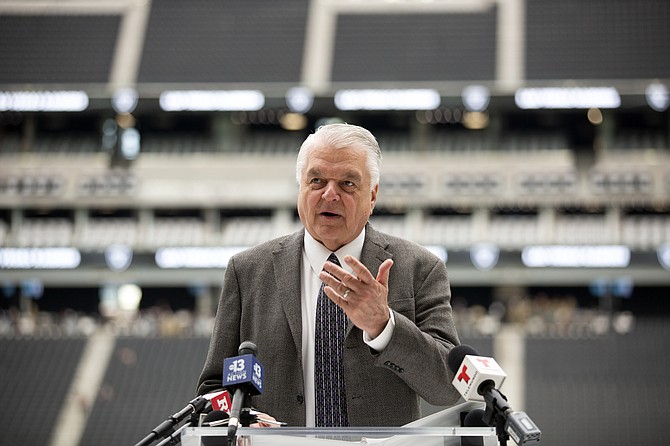 Nevada Gov. Steve Sisolak during a press conference in the Twitch Lounge at Allegiant Stadium on June 17, 2021, in Las Vegas. (Ellen Schmidt/Las Vegas Review-Journal via AP)