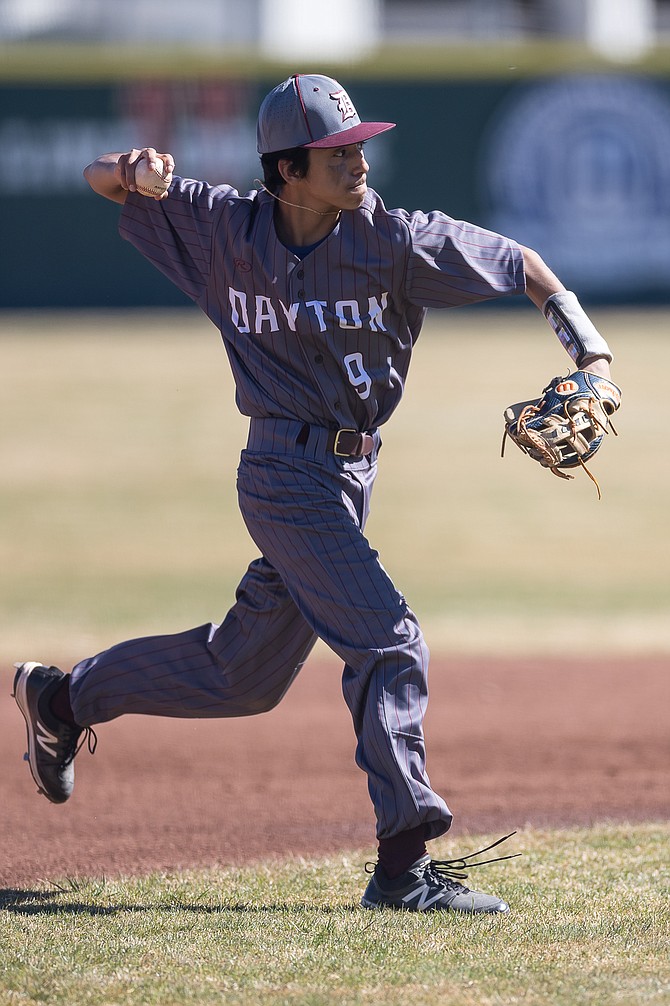 Dayton High freshman Edgar Landa winds up to throw to first base against Douglas High earlier this season. Landa and the Dust Devils made the Class 3A state tournament for the first time since 2010.
Photo by Ron Harpin.