Getto, Hyde return to the school board 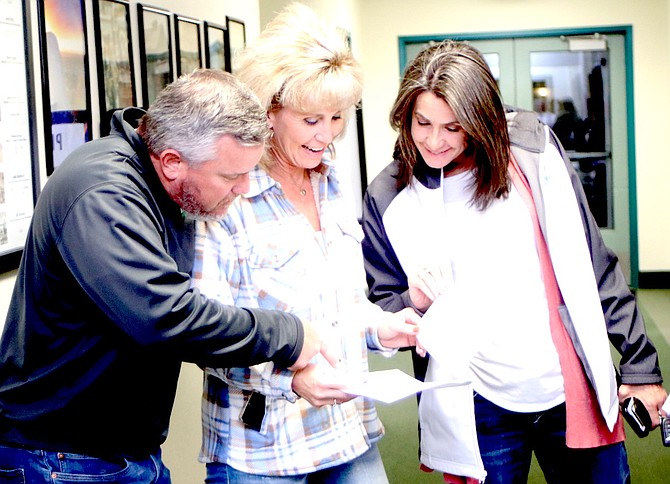 Matt Hyde, left, and Amber Getto, center, who both won another term on the school board, check the results with board president Tricia Strasdin.

In addition to the races, county residents also cast their votes during the past two weeks leading up to the Nov. 8 in-person general election. They also voted for the six state constitutional offices as well as voting no on all three statewide ballot questions.

Despite the cold, wet weather a week ago during the general election, voters still lined up around the Fallon Convention Center during day-long consistent rain.

The Churchill County commission canvassed the votes on Wednesday. Incumbent Amber Getto led the seven school board candidates with 5,820 votes to give her a second term. Newcomer Joe McFadden chalked up 5,100 votes, while incumbent Matt Hyde, who will be serving his third four-year term, had 4,549 votes. Another newcomer, Julie Guerrero-Goetsch, finished fourth with 3,755 votes. Ivy Ward had 3,605 votes, Bill Post garnered 3,268 and Walter Henderson round out the field with 2,100 votes. 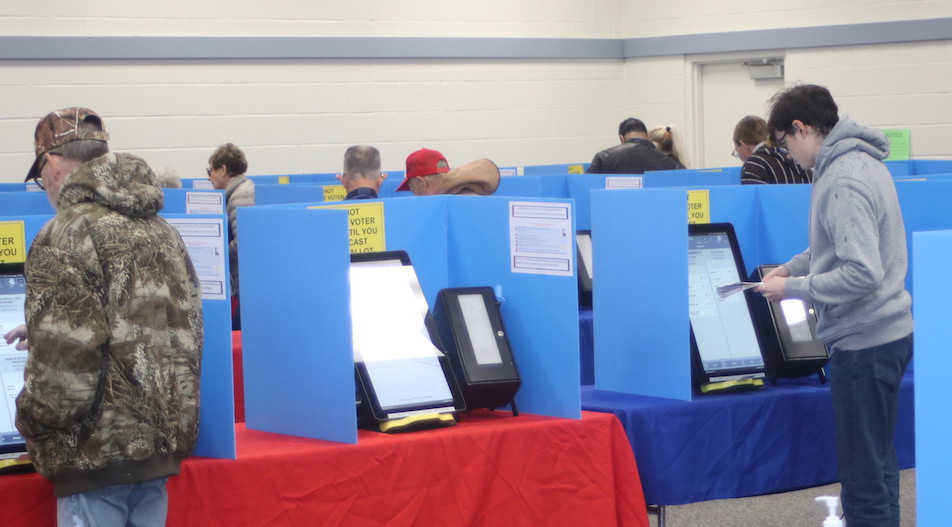 Steve Ranson/LVN
Voters cast their votes during the general election at the Fallon Convention Center.

In the race for Fallon City Council Ward 3, Paul Harmon defeated Geoffrey Knell, 607-103. Harmon will replace James Richardson who decided not to seek another term.

Smith said he had hopes for Republicans taking all the down-ballot offices.

“It didn’t turn out like I wanted,” he said. 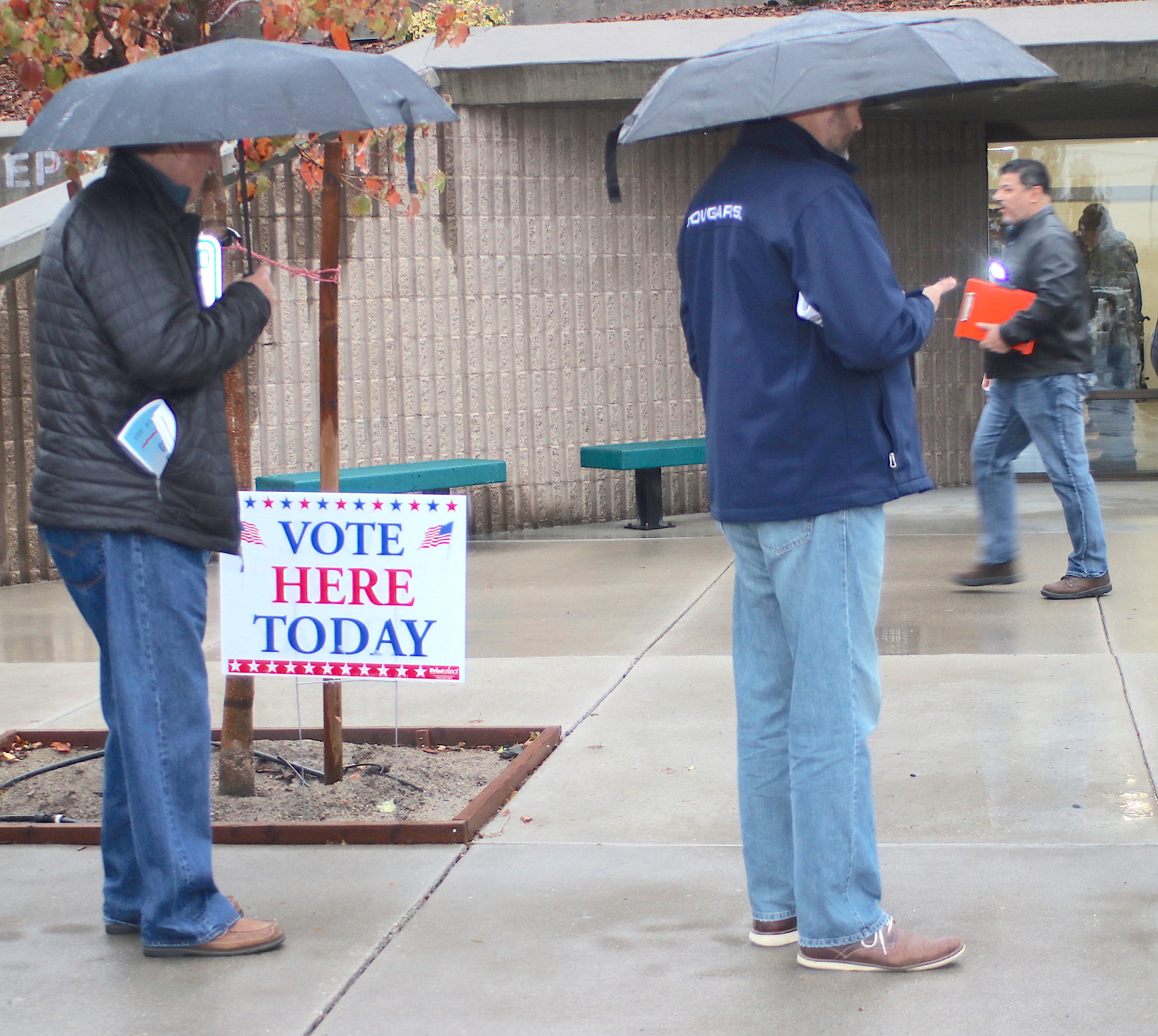 Steve Ranson / LVN
Churchill County voters stood in the rain for up to an hour to vote in the Nov. 8 general election.

The following vote totals from Churchill County are for the top candidates in each race. A “W” indicates the overall state winner.