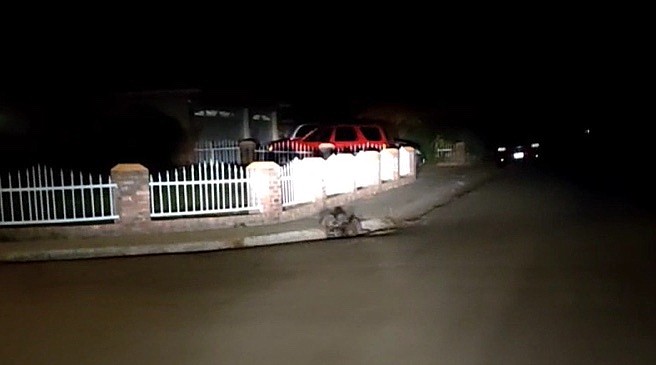 Raccoons have been slipping down the storm drains on the west side of Carson City, but according to the Nevada Department of Wildlife, this is normal behavior, and residents should give them plenty of space.

Around 5 a.m. on Oct. 21, resident Marshall Stokes filmed raccoons entering a storm drain at the southwest corner of Bath and Alpine streets.

“I saw two of those critters diving into the same storm drain about two weeks later around the same time in the morning,” he said.

Martinez said there is no risk of water contamination, and that storm drains offer animals a dark, reclusive space.

“The biggest thing encountering any wildlife in any urban space is to give them space,” she said. “Lots of times, raccoons come into neighborhoods searching for food.”

“Give all wild animals space,” she said.

Carson City Public Works Director Darren Schulz added it’s not uncommon in Carson City and other municipalities to have raccoons in and out of the storm drain system. He said the department has seen no damage from the mammals.

“From Public Works’ perspective, we have never discovered any problems that they created in the infrastructure,” he said.

For information about living with raccoons and skunks, visit https://www.ndow.org/blog/living-with-raccoons-and-skunks/.