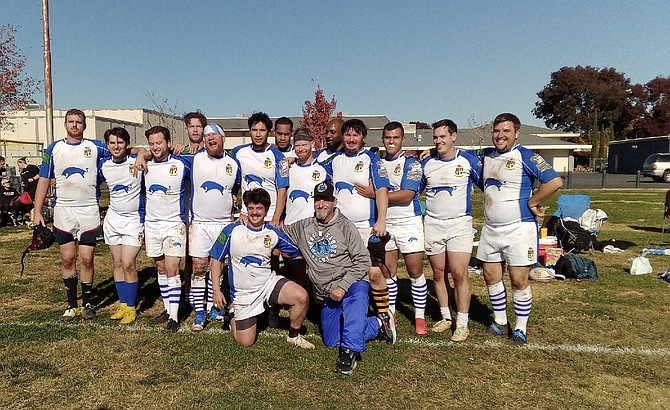 The Carson-Tahoe Blue Bull rugby team came back from behind in one of its two matches last weekend at the Chico Holiday Rugby Classic.

Against Division III Chico, the Carson-Tahoe squad posted a 20-10 win after trailing 10-0 at half.

John Gunn, who is the team’s player coach, Morris and Street each scored a try for the Blue Bulls.

Colusa County is a division II squad, playing a level higher than Carson-Tahoe.

Jeff “Vino” Williams – the founder of the Blue Bull squad – is still looking for players who are interested in playing rugby.