Pot dispensaries back before planning commission 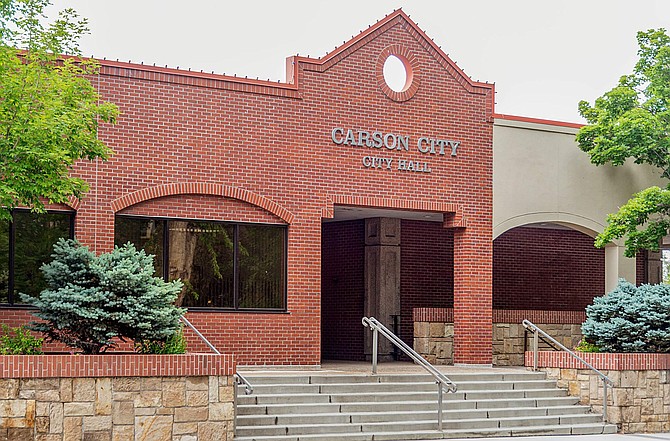 Another ordinance proposing a code change for marijuana dispensaries is coming before planning commissioners at their meeting Oct. 26, which starts 5 p.m. in the community center.

Green Thumb Industries, a Chicago-based marijuana retailer, is asking the city to change where dispensaries — both retail and medical — can be located within the general commercial and general industrial zoning districts. Per a 2014 ordinance, dispensaries are limited to the east area of Highway 50 and parts of South Carson Street.

“The applicant is requesting this amendment in order to provide for the opportunity to locate a medical marijuana dispensary or marijuana retail store on any general commercial or general industrial zoned property that meets the setbacks from schools, residential zoning districts and facilities whose primary purpose is to provide recreational opportunities to children,” Carson City Planning Manager Heather Ferris wrote in the staff report.

The ordinance means dispensaries would not be limited by “the specific section, township and range.”

“We believe this amendment will provide the opportunity for the revitalization of areas of Carson City in need of development, and improve shared infrastructure, and security/safety elements,” states the application. “Additionally, it supports the master plan’s goals of continued growth and success of Carson City and can assist with city finances by providing additional tax revenue.”

Currently, Sierra Well and Rise are the only dispensaries in Carson. Rise is owned by Green Thumb Industries. Sierra Well was recently acquired by Verano, which is also based in Chicago. Per a code change on Sept. 15, Carson City now allows four retail dispensaries. City code initially allowed two – passed shortly after statewide legalization in 2016 – but was changed in a 3-2 vote by the Board of Supervisors on Sept. 15. That adopted ordinance was initiated by Las Vegas-based Qualcan, which holds one of four licenses for Carson City allowed under state law. Green Thumb Industries holds an additional license. Representatives from the company had opposed the Qualcan request in the past.

Planning commissioners will make a recommendation to the Board of Supervisors, which has the final say on code amendments.

The planning commission is authorized to approve the variance.

• Planning commissioners will consider a one-year time extension for an approved special use permit allowing for construction and operation of a concrete batch plant and rock-crushing operation with silos exceeding 45 feet in height.

The project is located off Ryan Way and zoned general industrial airport.

The applicant, Wood Rogers Inc., is requesting the permit be extended to Oct. 28, 2023. The planning commission approved the permit in 2020, subject to 19 conditions of approval. In 2021, a one-year extension was approved.

The planning commission is authorized to approve the extension.